Daniel Day-Lewis, Best Actor: Ladies and gentlemen, this is how to give an Oscar speech. Maybe it was magical Oscar dust from Meryl Streep, who gave Day-Lewis a big smooch that left his cheek smeared with lipstick. But this speech had it all: convincing humility, a slam-dunk bit about switching roles with Streep in “The Iron Lady” (and, yes, major points for making this a Meryl Streep speech by proxy), and heartfelt shout-outs to his wife, Steven Spielberg, and the “mysteriously beautiful mind, body, and spirit of Abraham Lincoln.” That’s how to thank someone from the nineteenth century, Anne. A+

Ang Lee, Best Director: The menschiest speech of the night belonged to Lee, who began by thanking the “Movie God” and his cast, whom he called “the golden statue in my heart.” Coming from anyone else, these sentiments might have grated, but Lee seems to truly prize his moviemaking family. (Ronan Farrow, son of Woody Allen, agreed, tweeting, “Let’s be real, if we could pick our legendary director dads, we’d go with Ang Lee, right guys?” Ouch.) Extra credit for thanking Taiwan. Namaste. A

Christoph Waltz, Best Supporting Actor: Waltz kicked off the evening with short and classy speech that acknowledged his competitors without condescension, and his collaborators without obligation. Speaking of his director, he said, “We participated in a hero’s journey, the hero here being Quentin.” Anyone who can make Quentin Tarantino seem like a selfless underdog knows his way around a speech. Plus: adorable accent. A-

Ben Affleck, Best Picture: Speaking like someone who has seen the best and worst of Hollywood, a snubbed-no-more Affleck described how the movie industry will pick you up, knock you down, and lift you back up again. After hours of Seth MacFarlane’s frat-boy comedy, cruise-line commercials, piano-bar bait, and William Shatner, we’d all been on a rocky journey, so this felt apt. Affleck spoke lightning-fast, but at that point it was practically Monday so all the better. Extra points for thanking Canada, Iran, and “my wife, who I normally don’t associate with Iran.” B+

(The Oscars: Grading the Speeches Posted by Michael Schulman // The New Yorker)

I really don't know how any of this happened. I do know that I've received so much more than my fair share of good fortune in my life and I'm so grateful to the Academy for this beautiful honor.

It's a strange thing because three years ago before we decided to do a straight swap, I had actually been committed to play Margaret Thatcher. [Laughs] And Meryl was Steven's first choice for Lincoln. And I'd like to see that version. And Steven didn't have to persuade me to play Lincoln but I had to persuade him that perhaps if I was going to do it that Lincoln shouldn't be a musical.

My fellow nominees, my equals, my betters, I'm so proud to have been included as one amongst you. When we got married 16 years ago, or since we got married 16 years ago, my wife Rebecca has lived with some very strange men. I mean they were strange as individuals and probably even stranger if taken as a group. But luckily she's the versatile one in the family and she's been the perfect companion to all of them.

I'd like to thank Kathy Kennedy, our producer, and through you, Kathy, and through you our mighty team of co-conspirators. At the apex of that human pyramid there are three men to whom I owe this and a great deal more: Tony Kushner, our beloved skipper Steven Spielberg and the mysteriously beautiful mind, body and spirit of Abraham Lincoln. For my mother, thank you so much.

Thank you. Thank you so much, Mr. De Niro, Mr. Arkin, Mr. Hoffman and Mr. Jones, my respect. My… my unlimited gratitude goes to Dr. King Schultz. That is, of course, to the creator and the creator of his awe-inspiring world – Quentin Tarentino.

And I thank Jamie Foxx and Leo DiCaprio. Sam Jackson and Kerry Washington. I thank Harvey Weinstein and Amy Pascal. Stacey Sher. Reginald Hudlin and Pilar Savone. I thank Adam Schweitzer and Lisa Kasteler. And I thank my friends Jeff Dashnaw and Bill Clark who saved my neck.

I need to to thank Yann Martel for writing this incredible, inspiring book. Everyone at Fox, thank you for taking the leap with me. Especially Tom Rothman, Jim Gianopulos and Elizabeth Gabler. My producers, Gil Netter, David Womark, David Lee. Wonderful cast. Suraj, where are you? You're a miracle. He's playing the young Pi, carrying the movie. Every one of you in the cast. I cannot waste this time talking about them. You're the golden statue in my heart.

I cannot make this movie with the help of Taiwan. We shot there. I want to thank everybody there helped us. Especially the city of Tai Chong. My Indian crew, I love you. My Canadian crew, I love you. My family in Taiwan. My wife, Jane Lin. We'll be married 30 years this summer. I love you. My boys, Han and Mason, thank you for your support. Finally, my agent, Carin Sage and lawyer, Ira Schreck, and Joe Dapello, I have to do that. Especially for this movie, it's great to have your support. Thank you, Academy. 謝謝, namaste.

I want to thank my wife who I don't usually associate with Iran. I want to thank you for working on our marriage for 10 Christmases. It's good. It is work but it's the best kind of work and there's no one I'd rather work. And I'd just like to say, I was here 15 years ago or something and I had no idea what I was doing. I stood out here in front of you all and really just a kid. I went out and I never thought I would be back here. And I am, because of so many of you who are here tonight, because of this Academy, because of so many wonderful people who extended themselves to me when they had nothing to benefit from it in Hollywood. You know what I mean, I couldn't get them a job.

Thank you. You guys are just standing up because you feel bad that I fell and that's really embarrassing but thank you.

This is nuts. Thank you to the Academy and thank you to the women this year. You were so magnificent and so inspiring and not just those of you in my category. And it's been so amazing getting to know you and you've been so nice and you've made this experience unforgettable.

And thank you to the best producing team: Bruce, Donna, Jon and to my team at CAA and IDPR. And Bradley, and our entire cast: Chris, Jacki, Bob and our crew. My family. Happy birthday, Emmanuelle. Thank you so much. Thanks.

It came true. Thank you so much to the Academy for this and for nominating me with Helen Hunt, Jacki Weaver, Amy Adams and Sally Field

I look up to you all so much and it's just been such an honor. Thank you. There are so many people whose generosity and support is the reason I'm standing here right now. I must thank Hugh Jackman. Hugh, you're the best. The cast, the crew, especially Simon Hayes and the sound wizards. Congratulations on tonight, you guys.

The creative team behind Les Miserables, Cameron Mackintosh, Tom Hooper, from Working Title Eric Fellner, Tim Bevan, Debra Hayward. And from Universal, Ron Meyer, Donna Langley, and Adam Fogelson. Thank you guys for your faith and thank you for this opportunity. I have to thank my team— led by the lionhearted Suzan Bymel. Josh Lieberman, Mick Sullivan, Maha Dakhil… Please say I just said everyone. Josh Lieberman again, just to be safe. Stephen Huvane, Jason Sloane and special contributions by Frank Selvaggi and Kerry Wagner.

I want to thank my friends, especially the ones who are cheering from Crosby Street tonight. My family, who I'm so blessed to be a part of. My husband. By far and away, the greatest moment of my life is the one when you walked into it. I love you so much. And thank you for this. Here's hoping that someday in the not too distant future the misfortunes of Fantine will only be found in stories and never in real life. Thank you.

By the time, Anne Hathaway arrived to do backstage press at the 85th Annual Academy Awards, some three hours had elapsed since her Best Supporting Actress win. She was composed. She was articulate.

And then she was reduced to tears.

A reporter took the Les Misérables star back to her acceptance speech, and asked the actress to explain her very first words, "It came true."

"I had a dream," Hathaway started, before faltering and choking up. "…And it came true. And it can happen. And it's wonderful." 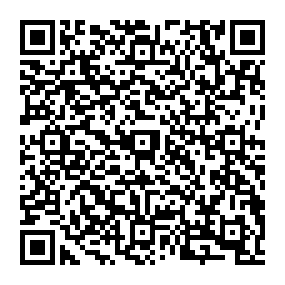