Actor Heath Ledger was found dead at a Manhattan apartment Tuesday afternoon in what appeared to be a possible drug-related death; he was 28. The actor was discovered in one of the SoHo apartment's bedrooms at 3:31 p.m., when a masseuse arrived for a scheduled appointment and the residence's housekeeper went to inform the actor of the masseuse's arrival. He was found unconscious and unresponsive; the New York Times at first stated that the apartment in question belonged to actress Mary-Kate Olsen, but a publicist for the actress later said that Olsen did not own a unit in the building in which Ledger was found. An initial police report also cited by the New York Times said that foul play was not suspected and that pills had been found near Ledger's body. A native of Australia, Ledger shot to fame as a teen heartthrob in 10 Things I Hate About You before graduating to more adult roles, most notably his Oscar-nominated turn in Brokeback Mountain. Engaged at one time to Brokeback co-star Michelle Williams, the two had a daughter but had split in recent months. Earlier this year, Ledger wrapped filming on the Batman film The Dark Knight, in which he played The Joker; the film is currently set for release this summer. Further details of the actor's death were not available at press time. --IMDb staff 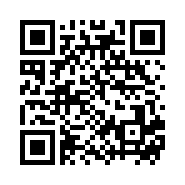