“I wish Jeremy the best of luck,” Lysacek said. “I’m obviously disappointed that I won’t be there. I’ve been skating very well, and I really felt like the momentum was building. I’m going to continue to train as hard as I can, work to get this equipment issue straightened out, and return strong for next season.”

“I think what makes the men’s event so exciting is that there are so many strong skaters and it is unpredictable as to what the results are going be,” the American skater said. “I can see myself, of course, as the World champion because what's the point of going to a competition if you don't think you can win it?

“This year’s event is especially [exciting] because you have so many strong skaters like (Sergei) Voronov, (Tomas) Verner, (Stephane) Lambiel, (Brian) Joubert and (Daisuke) Takahashi. They have all had their highs and lows [this season] expect Takahashi really, so going into it I am eying Takahashi as the favorite.”

Weir plans to do the quad in his free skate. “It will just be in the long program because my coach thinks skating a clean program is paramount to having a good result in the overall competition,” Weir said. “There is good evidence, especially coming from the Four Continents that you may not need a quadruple jump to win the short program as Evan (Lysacek, who has since withdrawn from Worlds due to injury) was defeated by Daisuke Takahashi who just did a triple-triple combination.

IFS: How do you intend to retain your World title after placing third at the Europeans?

Joubert: Before Zagreb, I skated my whole free, in practice, perhaps four times only! So the first priority is to be in shape physically [for Worlds]. As I said, technically, there is not so much to improve, I just need to be consistent enough. When my coach Jean-Christophe Simond is asking me to push my limits, I am not afraid. I am more of the [type of] skater who is striving for more.

The major change we are going to do is to switch the order of the jumps in the short. The triple Axel will follow the quad combination, instead of having it planned after the other triple jump.

Finally I am glad that my choreographer Kurt Browning was able to join me in Poitiers (for three days in mid-February). I guess he was surprised when we compared the rink where we put together our routines in Toronto, and my current facilities in Poitiers. We revamped the slow part of the free and had to move transitions in the short, in accordance with the jump positions in the program.

IFS: You have skated in Sweden, five years ago. You were runner-up at the 2003 Europeans in Malmö behind Evgeni Plushenko. Can you talk a bit about that experience?

Joubert: I was the young kid around the block. I was 18 and this was only my second appearance at the Europeans. I remember that the results with Evgeni were very close, especially during the short (there was a difference of one judge). The warm-up of the free was a disaster. But like magic, my performance was OK during the program.

The audience was very friendly. The media were very nice to me also. During the medalists press conference, I said I was willing to do pairs skating after a singles career. Back in 2003, my English level was basic. So imagine the faces of the journalists when I said I wanted to skate with a “good girl” instead of using the expression “nice girl.”... Everybody was laughing. I did not know why!

One last memory from Malmö: I remember that I signed many autographs, even one on the breast of a fan.

IFS: What are your expectations for Göteborg?

Joubert: Of course I would like to remain the World champion. It would be great to have a warm welcome and a full-house rink. We, the skaters, have to give the audience what they are asking for: a good level of skating and passion. If we achieve that, then we have reached our goals.

The men's category is looking like the most dense of the week. That's good. My concern is that too few skaters are attempting quads in the short. It's not good to skate so conservative.

In Zagreb at the Europeans, the Swedes did well. Kristoffer Berntsson (who placed seventh) is improving every year. Technically, he is not bad and his presentation is good. He is the perfect example of the skater who is taking advantage of the new judging system.

Honestly, I never heard of Adrian Schultheiss (sixth at European) before flying to Croatia. That was impressive.

I hope that the Swedish fans will keep some cheers for me too! 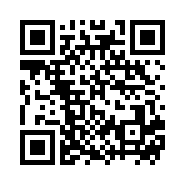