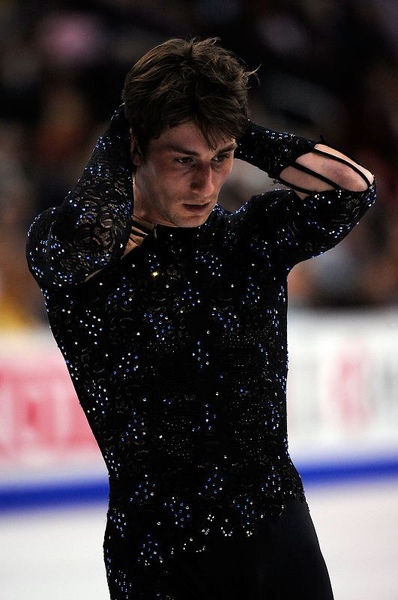 The European triple champion and 2007 world champion cut his foot while attempting to nail a triple Lutz and underwent surgery on Thursday.

FFSG president Didier Gailhaguet said the surgery had been a success and had not revealed any break while the damaged ligaments had been repaired.

After his NHK Trophy win Joubert set his sights on using his trademark quadruple jumps to win gold at February's Vancouver Olympics after a disappointing sixth in Turin four years ago.

Gailhaguet added: "It is a serious injury. The blade touched the bone. Brian told me he could see bone.

"It's not the first time. It is a technical fault which often happens to him with new skates. In addition, he is in good form and hence is less vigilant on his technique," Gailhaguet said.

His coach Laurent Depouilly admitted to initial concern at the extent of the injury. "We are going to sew back a bit of tendon and check that the bone is not too affected," Depouilly explained.

Joubert, 25, suffered a similar injury in February 2007, again in training but needed just four days on the sidelines on that occasion.
He then went on to lift the world title a month later.

He added that Joubert again wanted to get back on the ice within days but "there is no question of taking any risks."

Ahead of Vancouver, Joubert is scheduled to compete at the European Championships in Tallinn from January 19 to 24.