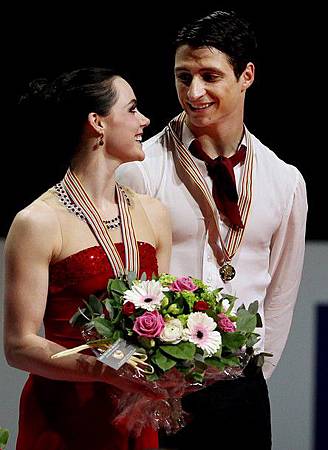 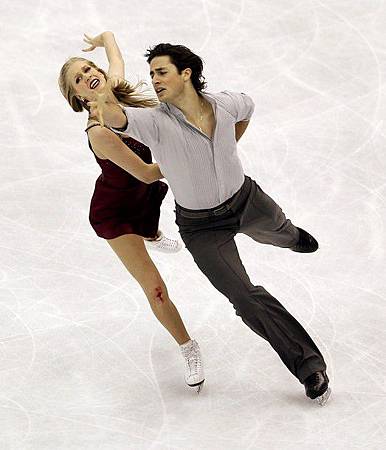 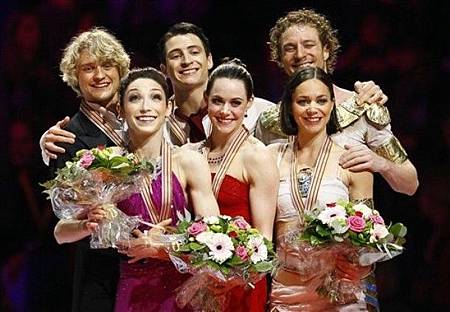 In ice dancing, unlike retail, the customer isn't always right.

Maybe the naked eye isn't, either, which is why sometimes, what the judges see deep inside the foot-and edgework of the competitors is lost on the audience.

Such appeared to be the case Thursday night at the world figure skating championships, when the crowd in the Palais des Exhibitions emitted what sounded like a collective "Really?'' when the numbers came up and Canada's Tessa Virtue and Scott Moir had skated off with the 2012 title.

It didn't look like the best of Virtue and Moir, though - nothing at all compared to the glory of Vancouver at the Olympics two years ago - but maybe the point is, they are so good, they don't have to be at the top of their game to win.

And they admitted they weren't.

"There's some programs where, all of a sudden you're at the end, and everything has just happened effortlessly," Virtue said. "It wasn't one of those. It just didn't come as naturally as it has come in the past."

Perhaps that's why when they left the ice for the kiss-and-cry area, Moir was reassuring her that she didn't skate poorly, and they looked more relieved than overjoyed when they realized they were world champions for the second time in three years.

"I was trying to enjoy the moment, but part of me was just a bit disappointed, which is silly. It's silly," Virtue said. "But the nice thing about the training we've done is that our base is higher than it's been, so even when we're not at our best, we're pleased with where we are."

"You know, there was a lot of pressure on us to win, because we knew we'd done the work to deserve to win," Moir said. "We had to fight for the program a little more than maybe our fairy tale performance would have been, but that's why you train.

"You never really know what it looks like, because we do it every day in training and we have some that feel magical and we come back to Marina [Zoueva, their coach] and she says it was horrible, and some that feel horrible and she loves them. So we try not to react too happy or too upset to tip our hand to - other people."

The first bobble, he said, came about the one-minute mark of their dance to George Gershwin's music from Fred Astaire-Audrey Hepburn film Funny Face.

"I had a little stumble, but luckily at that point, my character is kind of shocked and surprised, so I just kind of played it off as good choreography and was even thinking I could argue that to the media if I had to," Moir joked.

"But I mean, it's a split-second thing, and you can't let the program go. Something like that doesn't matter because our elements are so strong."

Davis and White, who flew around the ice in an exuberant dance with spectacular lifts and amazing speed to Strauss's Die Fledermaus, looked unbeatable from a distance, but the judges marked them nearly five points below their season's best. Asked if they were bitter, Davis thought the question was whether they were bitter at the Canadians.

"They're not the ones who gave us the marks," Davis said.

"But next year, there'll be no question."

The training partners, who share a training facility and coaches Zoueva and Igor Shpilband in Canton, Mich., will go home and never discuss the marks.

"We just don't go there. There's that level of respect," Virtue said.

"That's why we've been able to work together for so long.

We know the boundaries," Moir said. "Everybody wants to win."

Weaver and Poje definitely do, and with a fourth-place finish - after a surprise fifth last year - they are inching toward the top.

"We're seven for seven on standing ovations this year," said Weaver, 22, who finished the program with a bloodied knee which she cut on rough ice prior to a lift. Their coach, former two-time world champion Anjelika Krylova, was weeping by the end.

"I saw her teary, which I think is a huge success if we can make someone cry who sees our program a million different times. That means it was something special," Weaver said.

"We have a story we were trying to tell and especially in front of a French audience, because it's a French song," said Poje, "and we brought it today."

The music was sent in anonymously by a Latvian fan who made a special trip to France for this week's skating.

The Virtue and Moir music did not make anyone cry. It sounded, frankly, a little trivial after the Americans' dramatic opera. But they are a long way, in style, from the theatrical Russian school, even if their coaches are from there.

And the bottom line is what the judges say it was.

"It never gets old," Skate Canada CEO William Thompson said. "Winning is always good. I think the thing with Tessa and Scott is that they're very subtle, and do very difficult things that they make look very easy, and it's not gimmicky."

Not easy, this night. But good enough.

"I think a younger Tess and Scott might have melted down from something like that, so we learned more about ourselves tonight," Moir said.

"That was just kind of another notch in our belt." 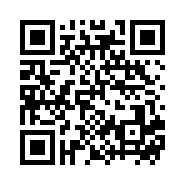