Sean Penn & Robert Downey Jnr,
have been mooted as possible leads for a new film version of Les Miserables

Actors who can sing: Hugh Jackman, could be cast as Javert,
but so too could Vincent Cassell, who has a good baritone

Difficult though it may be, try to imagine Robert Downey Jr and Sean Penn practising their scales as they warm up their voices to sing for roles in the movie version of Les Miserables.

They’re just two of the names being studied by film executives involved in pre-production for the movie version of mega-musical Les Miserables.

Tom Hooper, who won a best director Oscar for The King’s Speech, is in the final throes of sorting his deal with Working Title and Cameron Mackintosh to direct the picture. He’ll sign in a few weeks, then go into a huddle with writer Bill Nicholson to complete the screenplay.

A casting director will then be appointed, followed by other key production staff.
But there will be no motion picture if the right actors can’t be found to play the main leads of Jean Valjean, the heroic ex-prisoner, and Inspector Javert, his relentless pursuer.

But if Boe were cast as Valjean, the producers would have to compensate by casting major names to play the other characters such as Javert; the thieving Thenardiers; Marius; Cosette; and Fantine.

That could mean someone like Hugh Jackman being cast as Javert. ‘There are a number of well known actors who can sing, and we have to evaluate them,’ an executive working on the film told me.

‘For instance, what do we know about the vocal range of someone like Robert Downey Jr? We know he can sing, but what’s his voice like? Is he a tenor or a baritone?
‘Same with Kevin Spacey, Sean Penn, Michael Sheen, Benedict Cumberbatch and Keanu Reeves.’

By all accounts Michael Fassbender, an actor of enormous range and power, has a striking baritone, so his name would join the column marked Javert. So too could Vincent Cassel, who played the choreographer in Black Swan.

Cassel has told me how he watched his father, Jean-Pierre Cassel, play the director Zach in A Chorus Line at Drury Lane, and musicals have long been a part of his life.
They are just people being discussed — no one has been approached or spoken to yet.

In any case, Hooper will come in with his own casting ideas, including the likes of Colin Firth in the Javert list; Helena Bonham Carter and Laura Linney as Madame Thenardier possibilities; and Timothy Spall as a candidate to play her husband.

Anne Hathaway sang a spoof version of On My Own at the Oscars, and at the Vanity Fair Oscar party one studio executive wondered whether the actress was, in fact, auditioning in front of studio chiefs — and a global audience — for the role of Eponine.

Marion Cotillard won an Oscar for her Edith Piaf and she’s already on a wish list of actresses to play Fantine.

Once Hooper has his Valjean, filming could start next year. Meanwhile, he might want to go to see Alfie Boe, Matt Lucas (as Thenardier) and newcomers Lisa-Anne Wood as Cosette, Alexia Khadime as Eponine, and Mountview graduate Craig Mather as Marius when they take over those roles at the Queen’s Theatre from June 23. 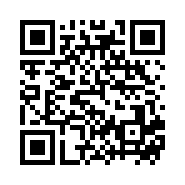